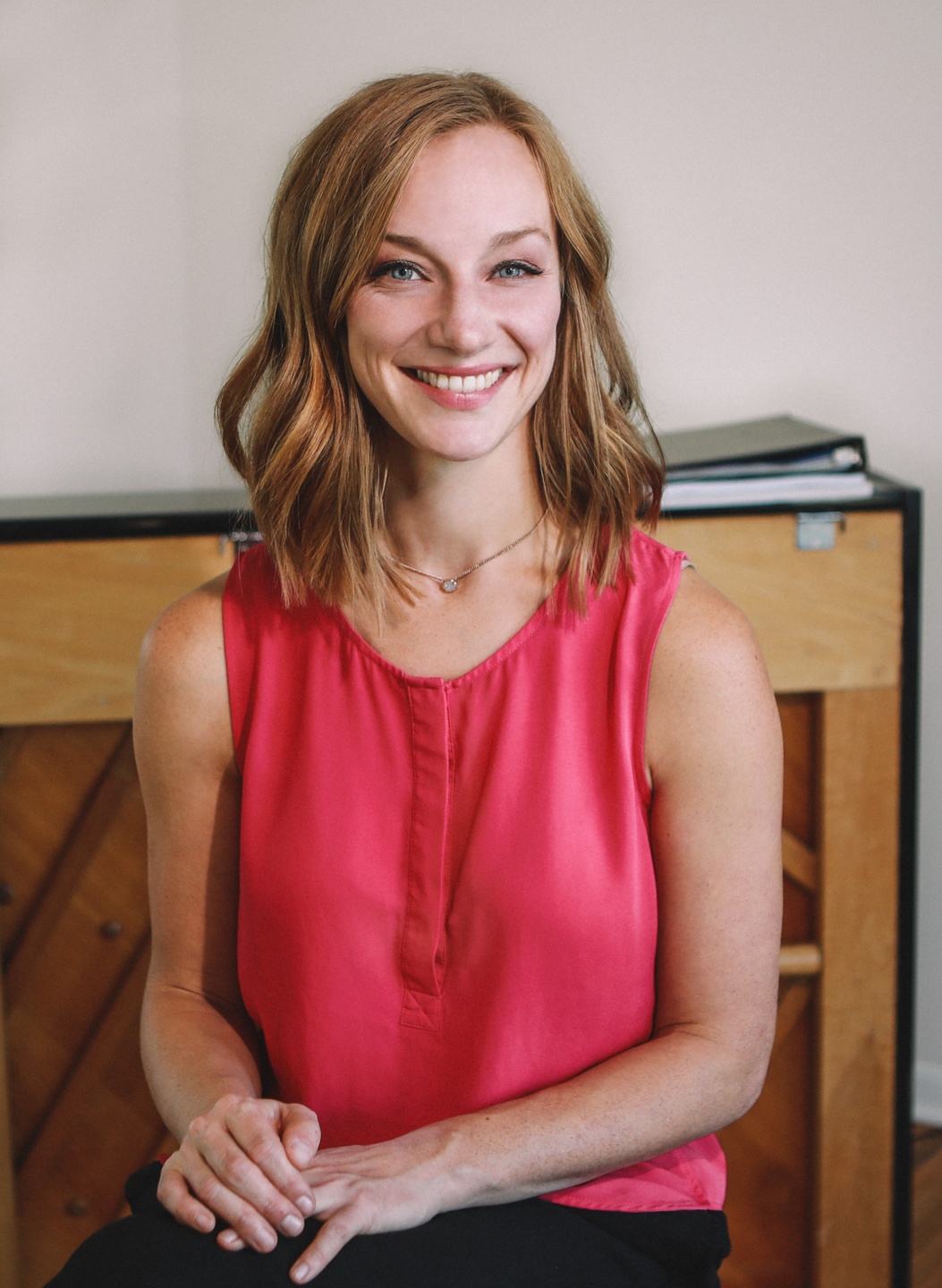 Megan Eyre Terwilliger is a professional vocal coach who focuses on you! While some coaches focus on putting “band-aids” on vocal challenges, she works with each client to build a strong and lasting vocal instrument. Megan has a Master’s of Music in Vocal Pedagogy from the renowned Belmont University in Nashville, TN and has worked with top teachers, speech pathologists, and performance specialists. She has worked with Grammy award winners, touring artists, vocalists in need of vocal rehabilitation, and those who simply love to sing. Whatever your voice might be feeling, you will leave your lessons with Megan loving your voice and feeling renewed. The initial vocal consultation with Megan is FREE, so scheduling an appointment with her is risk-free!

Megan loves working one-on-one with clients, and has also been the recipient of funding for two THRIVE projects through the Metropolitan Arts Commission in Nashville, TN. In both projects, she took her passion for singing and great performance and worked with students in the community to build young leaders through the study of singing. She is a Teacher Artist with the Tennessee Arts Commission and enjoys learning and growing alongside her colleagues in her vibrant community. In her free time, Megan enjoys gardening, geeking out on documentaries, and reading Vocology journals in the sunshine.

Want to know more about how your can improve your singing with M.E.T. Studio of Voice? Sign up now for a freebie AND a call with Megan.

Yes, I want to know more! 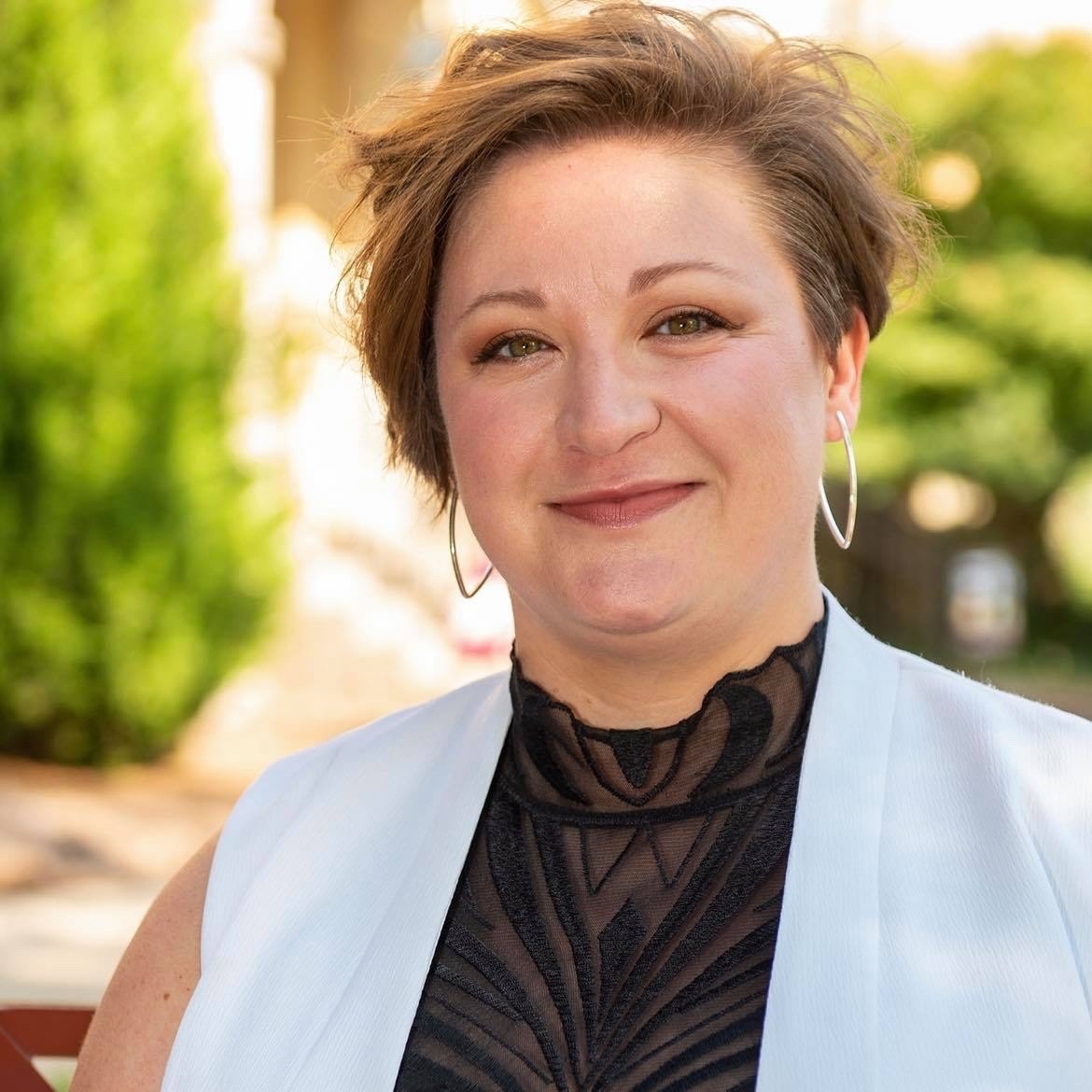 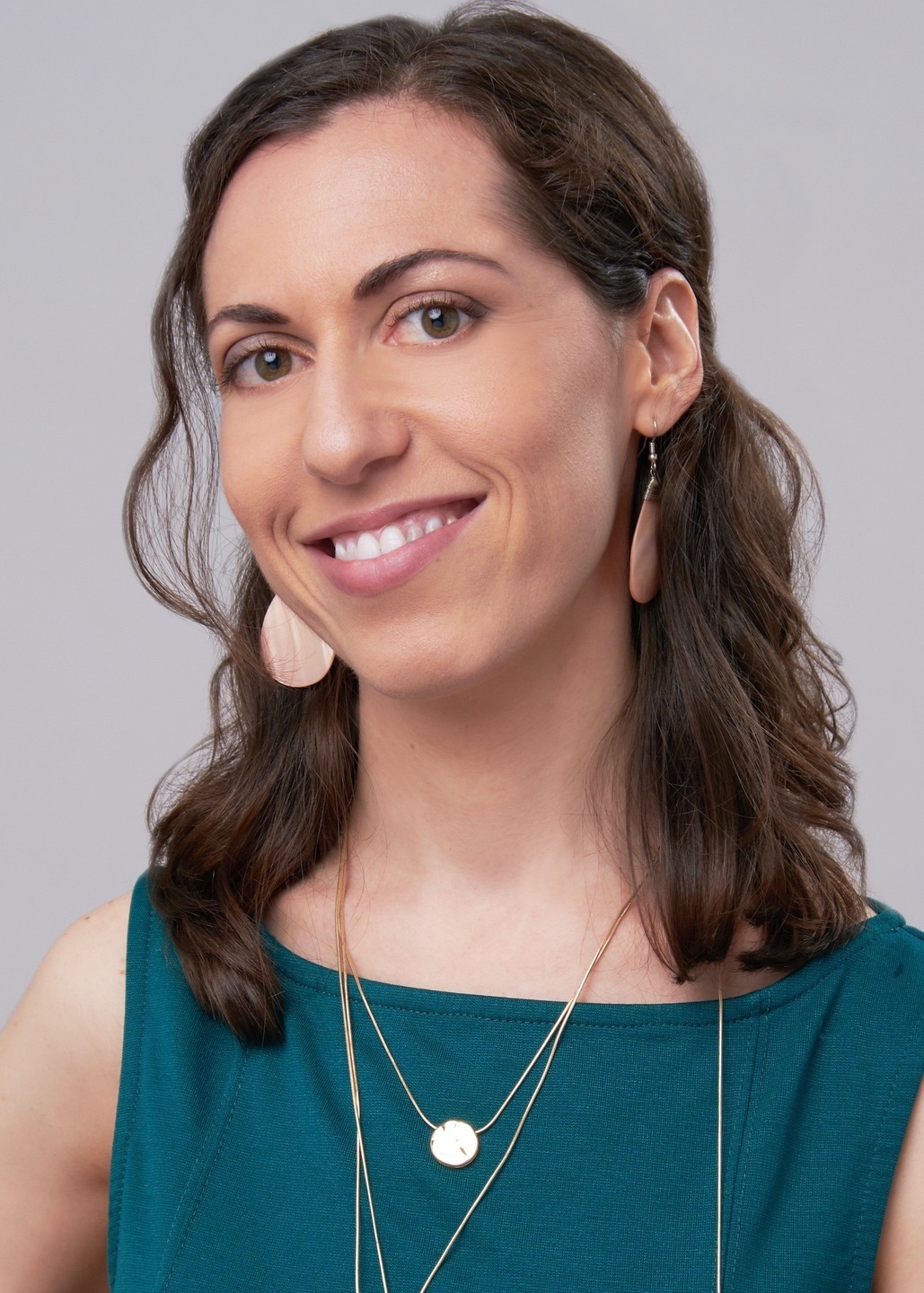 Dr. Brittany Benningfield is a passionate voice educator, teaching artist, and spinto soprano from the bluegrass state of Kentucky. Equally at home on the concert/opera stage as she is on the karaoke stage, Brittany uses her varied music background as the inspiration for her teaching. She revels in her ability to turn classical voice study ideas into the building blocks of lasting vocal technique for all genres of singing. Brittany has performed with Cincinnati Opera, Bay View Music Festival, Kentucky Opera, Southern Illinois Symphony Orchestra, Black Classical Artists of Louisville, and other local and regional programs. Brittany is the winner of the 2019 Central Region NATSAA competition, which led to her competing against 13 other national winners in New York City. In April 2021, she won the Chicago semifinal round of the Music International Grand Prix, leading to her first international finals competition. She received her undergraduate degree in Music Education from Campbellsville University, and Master’s of Music and Doctor of Musical Arts degrees from the University of Kentucky.

A 2001 graduate of the Kentucky Governor’s School for the Arts, Dr. Benningfield returns to GSA every summer to work with talented voice students in Kentucky.  As the Chair of the Vocal Music discipline, she auditions and selects 62 high school singers to attend the three-week arts intensive at absolutely no cost to the students. Many of these students go on to pursue opera, musical theatre careers, or songwriting. Outside of GSA, Brittany's students are winning scholarships to schools such as Cleveland Institute of Music and the University of Kentucky Opera program, singing at musical theatre and opera houses like Los Angeles Opera, Mill Mountain Theatre, Surflight Theatre, and McCloud Summer Playhouse, and appearing on The Voice and American Idol.

Stav holds a diploma from Complete Vocal Institute, Denmark, and  Rimon School for Contemporary Musics. As part of her education, she studied Voice pedagogy with Tami Katzen and Cathrine Sadolin and took part in ensembles of different genres. In the past 10 years, Stav has taught singing and music to children and adults ages 6-90 years old in different musical styles and levels of experience, privately and in groups through institutes such as Beit-Zvi college for theater and musical theater.

Stav has taught and organized various vocal workshops in Tel Aviv, New York, and Los Angeles for singers, actors, and voice teachers privately and through Vocalize U.

After co-founding the indie-pop duo Stav & Roni and leading the indie-rock band Malinka, Stav Co-Produced her debut album with sound designer Avi Elbaz and released it in May 2018 under the name STAV G. As a young indie musician based in NYC, she brings her own mix of Mediterranean and western influences to life in electro-acoustic computer-based live sets at local venues including The Delancey, The Tank, Saint Anne’s Wharehouse, Muchmore, and The Bowery Electric. 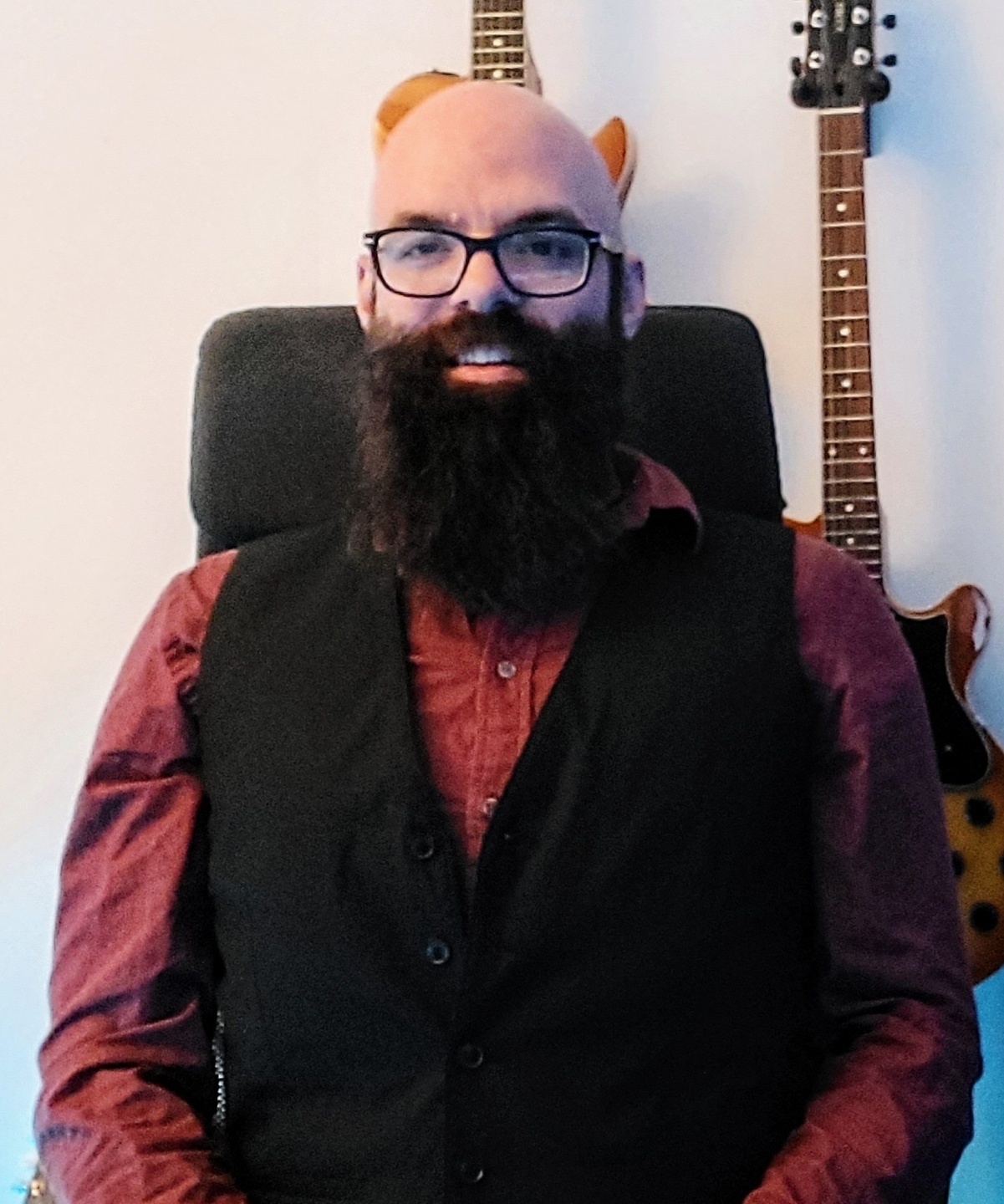 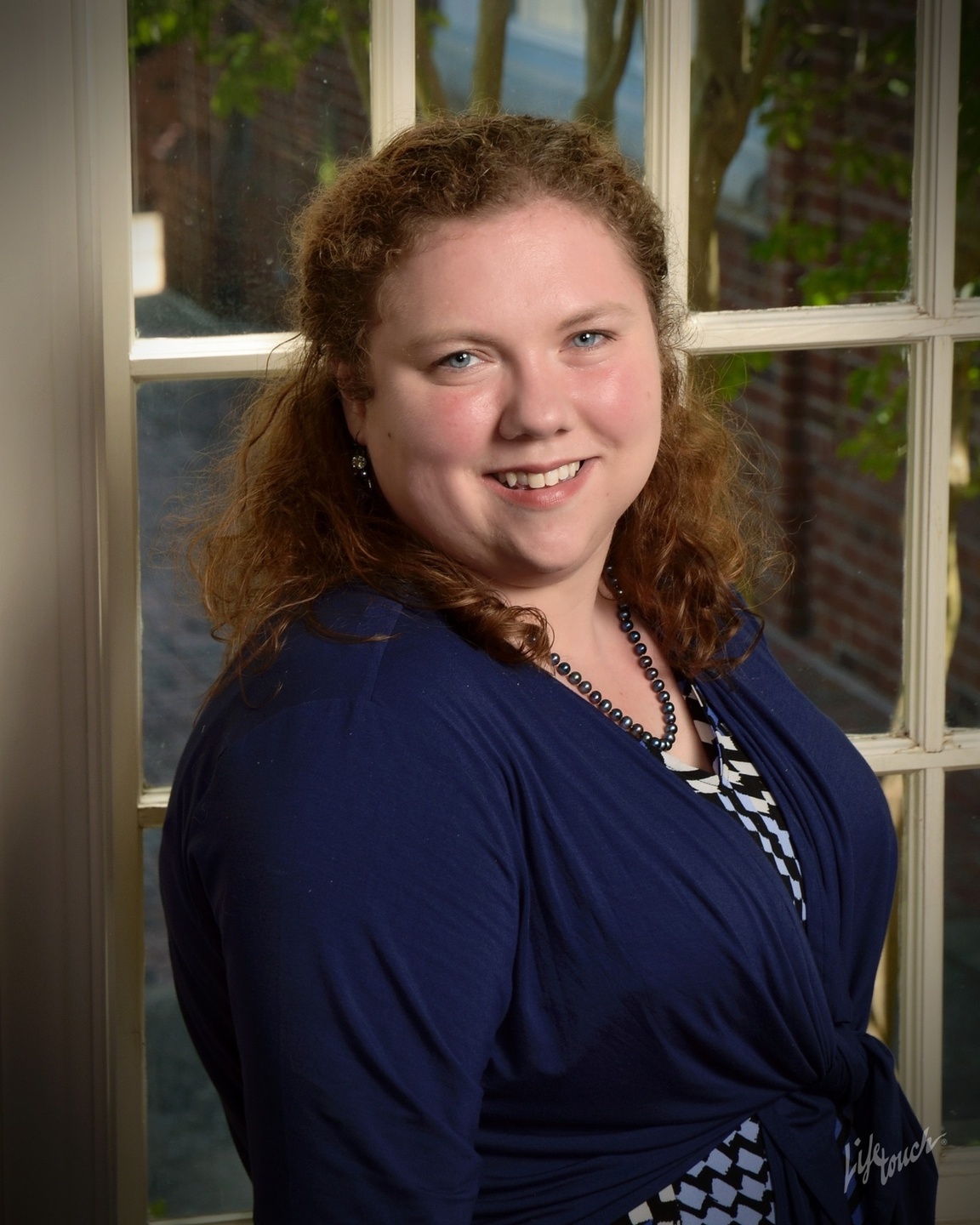 Adam is a multi-instrumentalist, educator, and producer born in Guelph, Ontario. A graduate of Berklee College of Music, he has a master’s in music education, and completed Somatic Voicework™ at Baldwin Wallace University. He has collaborated with musicians from bands such as Megadeth, Rhapsody (of Fire), The Arkells, Big Wreck, and Chalk Circle. Adam’s talents have been praised by musicians such as Dave Immerman (Avril Lavigne), Jeanie LoVetri (Adele, Phish), Jennifer Batten (Michael Jackson), and Warren Huart (Aerosmith, Disturbed). Outside of music Adam enjoys sports, cooking, dogs, and a nice café or brewery.

Marlayna has over fifteen years of experience teaching adults and children in a variety of settings. As a performing artist, she has appeared with diverse organizations such as the Memphis Symphony, Memphis Repertory Orchestra, Blue Lake Opera, and the International Horn Symposium. She grew up in the Appalachian Mountains of West Virginia singing shape-note music with her granny, and always wanted to be a music teacher. Her university teaching experience includes Radford University, the University of Memphis, Marshall University, and Bowling Green State University. She holds degrees from the University of Memphis (DMA), Bowling Green State University (MM), and Marshall University (BA). She has been proud to coach skilled and enthusiastic young singers at the Virginia Governor’s School for Visual and Performing Arts and Blue Lake Fine Arts Camp. 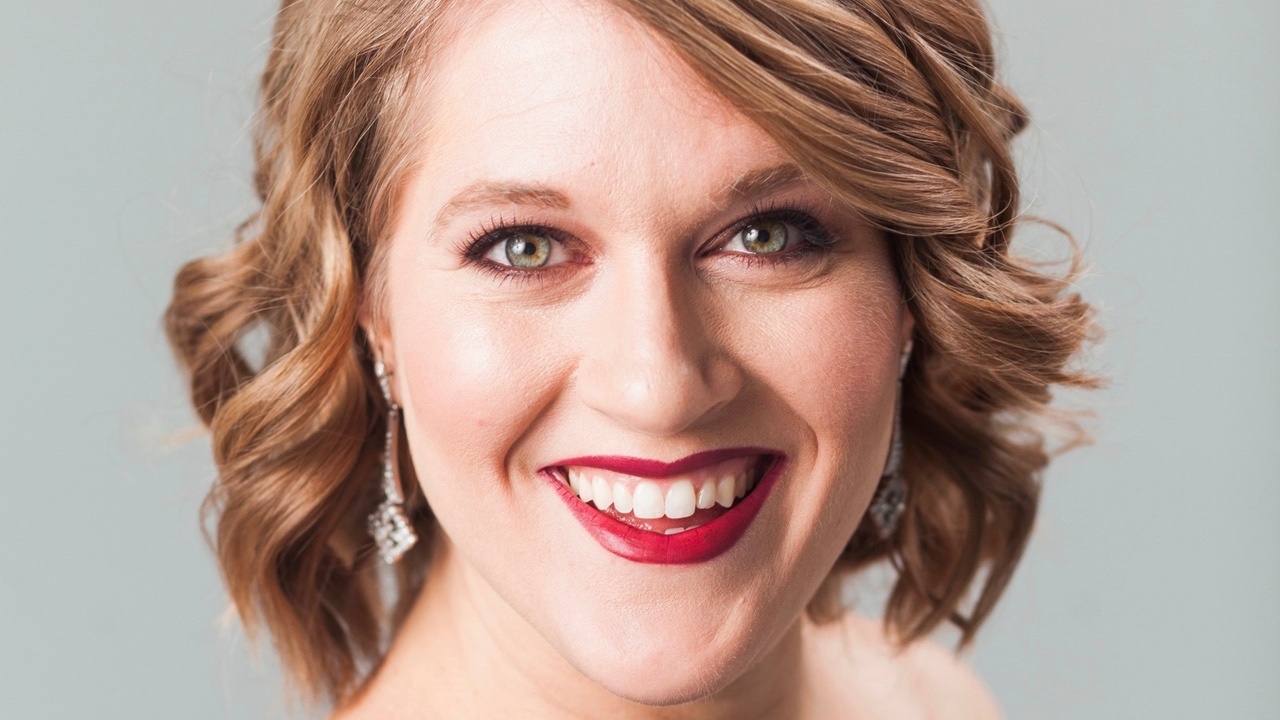 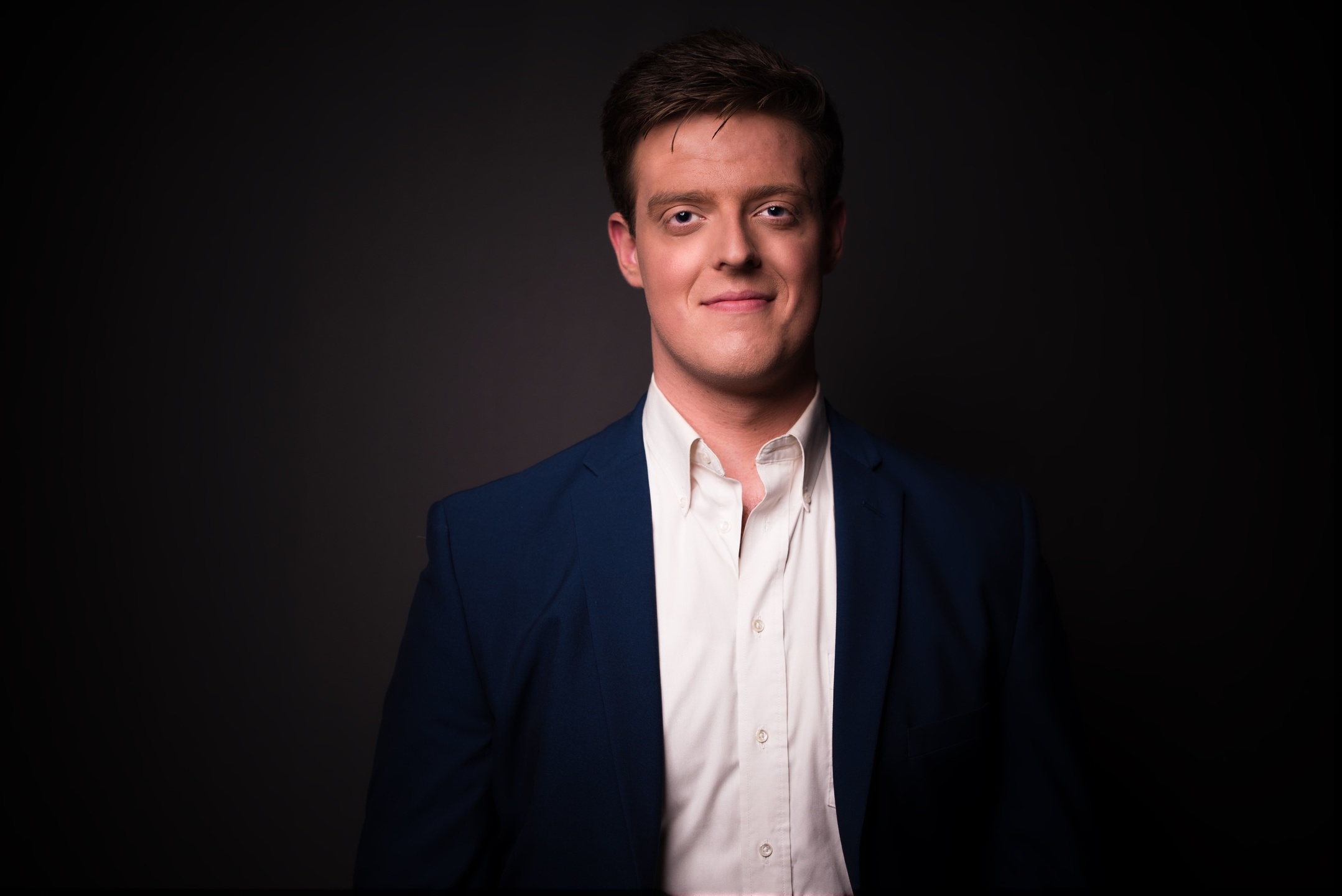 Rachel is an experienced and adaptable teacher who personalizes each lesson in order to meet the needs of the singer. Rachel’s goal with each singer is to develop their confidence in the instrument, allowing each voice greater access to a wide variety of sounds, therefore, increasing the ability for artistic expression.

Teaching at the university level for the past 14 years, Rachel has embraced all styles of singing and is always up for discovering new music. Vocal health and wellness is a particular passion for Rachel. Rachel is involved with the Performing Arts Medicine Association, the National Association of Teachers of Singing and the Pan-American Vocology Association.

Alex Taylor, currently based in Madison, Wisconsin, recently completed his Masters of Music at Carnegie Mellon University where he performed the roles of Sarastro (Die Zauberflote), Geronimo (Il matrimonio segreto), and Bartolo (Le nozze di Figaro). At Pittsburgh Opera, he premiered the role of Green Shirt Guy in Mel Rides the Bus Alone. In addition to opera, Alex was a member of the Houston Chamber Choir when they won their first GRAMMY® award.

Equally at home as an actor, Alex has extensive experience in musical theatre and plays including The Monster (Young Frankenstein the Musical), Roger Strong (Catch Me If You Can), and Stanley Stubbers (One Man, Two Guvnors) at the University of Wisconsin – La Crosse, as well as two tours as an actor and music director with Express Children’s Theatre in Houston, TX.

Alex is the librettist of the short opera PETROV, which in 2019 had its international premiere in Belgrade, Serbia.

In addition to performing, Alex is a passionate and dedicated voice trainer. Alex’s students have achieved high levels of success, including earning places in prestigious performing arts schools such as DESA in Atlanta, GA. As a proud member of the National Association for Teachers of Singing (NATS) and the Somatic Voicework™ community, Alex is committed to providing vocal training that enables people to use their voices to express their unique experiences

Alex received his MM in Vocal Performance from Carnegie Mellon University and BAs in Music Theatre and Music Theory from the University of Wisconsin-La Crosse.

Want to chat with Megan to know the best steps for improving your singing? Sign up now!

Yes, I want to know more! 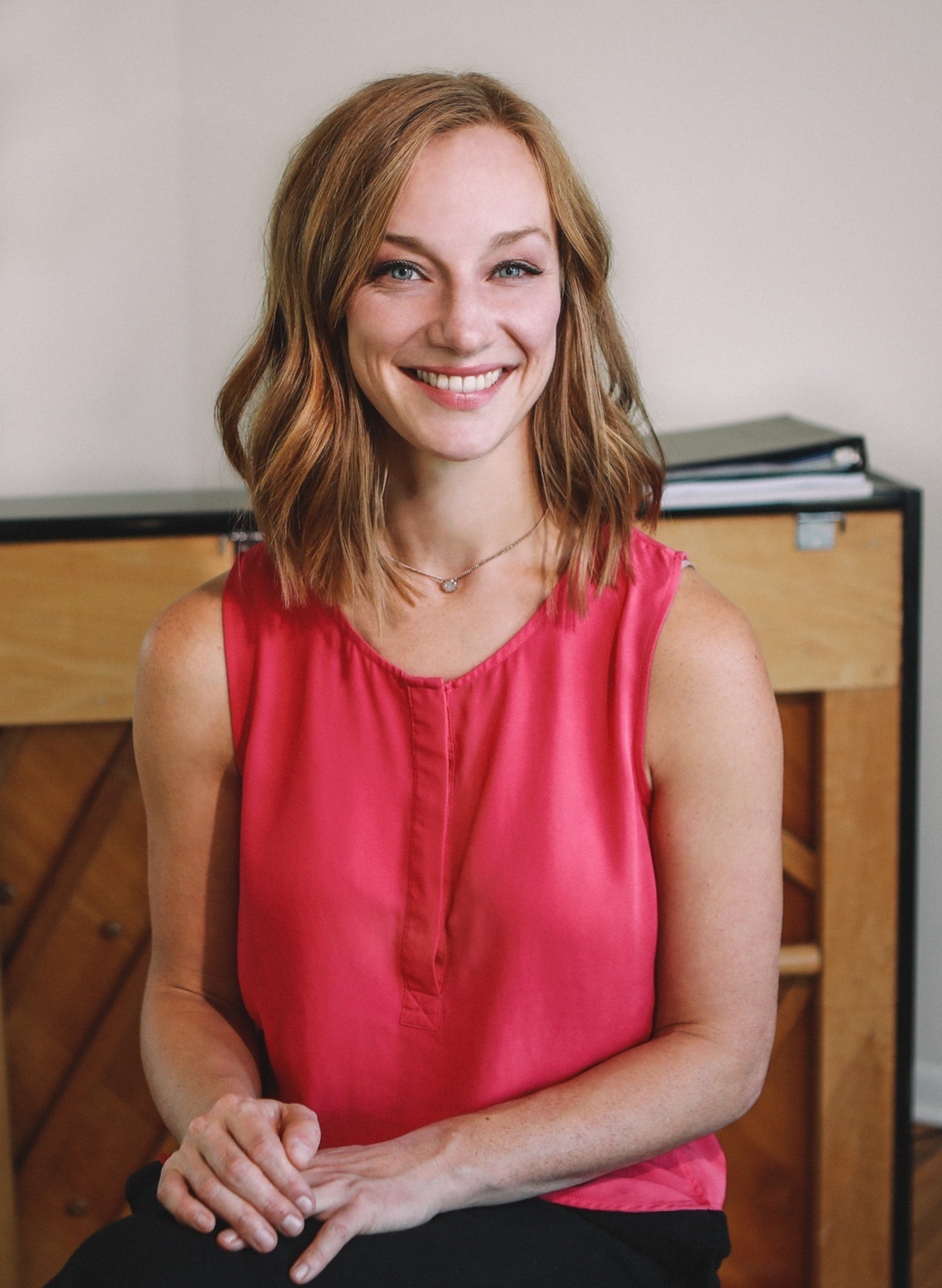 I know you want to sound confident again, like your singing is effortless. Waste no more time, sign up now to receive in your inbox this instant the 4 ways to automatically become a better singer. You can do this!

You'll also get regular, free tips on how to improve your singing. Don't like it? No problem, you can unsub in a click. 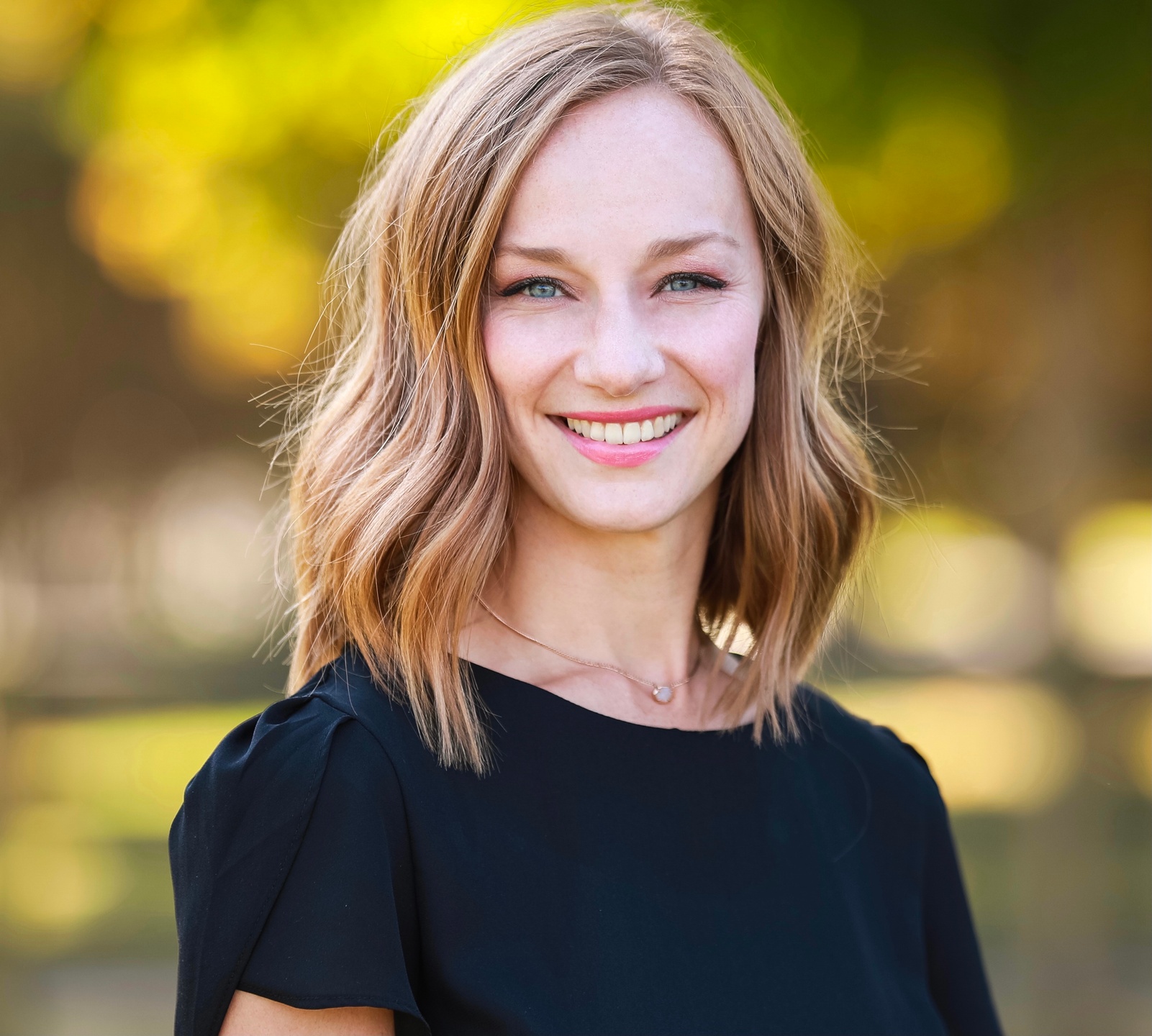 Start sounding like the confident, effortless singer you are.